New Kim is worth her weight in gold and then some. 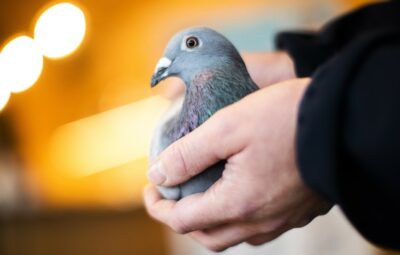 A wealthy Chinese pigeon racing fan put down a world record price of more than $2.4 million dollars for the Belgian-bred bird.
During a frantic last half hour Sunday at the end of a two-week auction, two Chinese bidders operating under the pseudonyms of Super Duper and Hitman drove up the price to the new record.
Super Duper got the three-year-old hen.
It is proof that an age-old hobby in Western Europe identified with working-class men now has a new, elite foreign lease on life.
Top breeders relying on generations of family experience can now sell their birds for prices unheard of merely a decade ago, and often China is their destination.
Belgians have long stood out as the best breeders, both because of their generations-long experience and the density of a network where many breeders can organize races close together.
It’s not a short-term endeavor, however, since becoming expert at genetic breeding with the constant mixing and mating of birds takes years, if not decades.