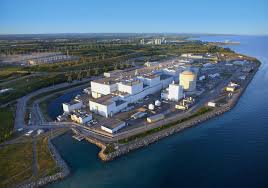 OPG says the small modular reactor is scheduled to be completed by 2028.
Ken Hartwick, the president and CEO of OPG, says the project will help make Ontario’s Durham Region “the clean energy capital of the world.”
A study undertaken by the Conference Board of Canada says that the project will create thousands of jobs in Ontario.
The report says 700 jobs during project development will be created, followed by 1,600 jobs during manufacturing and construction; 200 jobs during operations; and 160 jobs during decommissioning.
OPG owns Canada’s largest fleet of nuclear reactors including the existing Darlington Nuclear Generating Station.