Zoomers of a certain vintage grew up watching his creations; one of which became one of the most enduring in cartoon history. 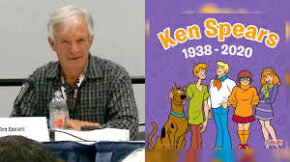 Ken Spears has died.
He along with partner Joe Ruby, created “Scooby-Doo, Where Are You!” the pop-culture phenomenon that premiered in 1969 and remained on-screen in one form or another for the next five decades.
In addition, Scooby-Doo characters appeared in more than a dozen television series and two live-action films and were licensed for everything from dog biscuits to underwear.
Spears joined Hanna Barbara productions in the late 1950s and worked on everything from The Flintstones to Huckleberry Hound.
Ken Spears was 82.