Fans of the actor who defined the character of the world’s best known secret agent might get a bang out of this. 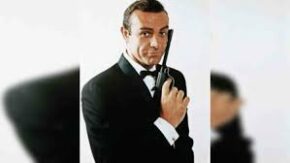 .
The semi-automatic Walther PPK handgun used by the late Sean Connery in his first outing as 007 is the star attraction of an auction in Hollywood next month.
The de-activated gun was used by Connery in “Dr. No” in 1962 when he originated the role. It’s expected to fetch between $150,000 and $200,000 when it’s auctioned December 3rd.
Conney died, October 31st at the age of 90.
His widow has confirmed Connery’s ashes will be scattered over his native Scotland, as soon as conditions allow.