Norm Crosby, the deadpan mangler of the English language who thrived in the 1960s, ’70s and ’80s as a television, nightclub and casino comedian, has died. 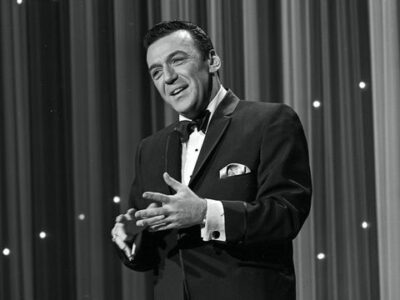 He was 93.
Crosby’s daughter-in-law, Maggie Crosby, told The New York Times that the comic died Saturday of heart failure in Los Angeles.
Early in his career, Crosby had realized he needed a gimmick to differentiate himself from the burgeoning generation of comedians who were achieving fame on the many network TV variety shows.
He says as he was looking around for fresh ideas, he kept hearing people misuse words, so he started to use it in his act.
Starting in 1978, he starred in a syndicated TV show, “Norm Crosby’s Comedy Shop.”
For many years he served as co-host with Jerry Lewis on the Labor Day weekend telethon for muscular dystrophy.
As a public performer, Crosby thrived despite having poor hearing.
During the Second World War, he served aboard a Coast Guard submarine chaser, and concussion from the depth charges damaged his ears.
He wore a hearing aid onstage.
Crosby was a longtime spokesman for the Better Hearing Institute and hosted an annual golf benefit for the cause.
In 2009, he was among those honoured by the Starkey Hearing Foundation, which raised funds to distribute hearing aids to children in need.