Health care advocates in the province are the latest to criticize the province over the lack of funding details in the budget to improve long-term care standards. As Zoomer Radio and Classical FM news reported on budget day, the advocacy group CARP was among the first to denounce the lack of details pointing out if there’s no money in budget, it likely won’t happen. 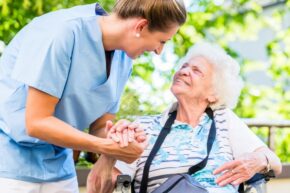 The NDP, Registered Nurses’ Association and the Canadian Union of Public Employees say the promised four hours of care per day standard for long-term care residents will require serious investment.
They say the government must show how it plans to pay for the measure and provide a detailed implementation strategy.
The government has promised the new standards as a way to address problems in long-term care homes, which have been hit hard by the pandemic.
Ford has said it will take four years to implement the initiative because it will require the province to hire thousands of workers.