CARP members will be watching closely to see if the Ford Progressive Conservatives at Queen’s Park follow through on a promise to increase direct care for long term care residents in this province. 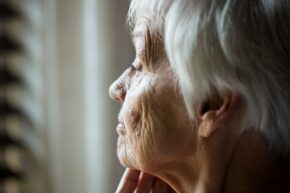 The premier says individual care will be increased to an average of four hours a day by 2024-25. More details are expected in Thursday’s budget.
Bill VanGorder is acting chief policy officer at CARP – A New Vision of Aging. He told Zoomer Radio’s Fight Back with Libby Znaimer  “budgets are a business plan but not necessarily a commitment.”
“As always, we’re going to be looking at the minister of long term care in terms of what are they actually going to roll out to accomplish these goals, and we haven’t had a lot of confidence or reason to be confident in their ability to really deal with the on the ground issues,” VanGorder continued.
Listen for Libby’s full conversation with Bill VanGorder, along with the rest of the Zoomer Squad by clicking here.
As for the opposition NDP Leader, Andrea Horwath says long-term care residents and their families cannot wait years for the standard to be implemented.
She says if it’s a priority, “then it can happen, much, much quicker than four or five years down the road.”
Late last month,  members of the province’s LongTerm Care COVID-19 Commission said Ontario must spend more money, on a permanent basis, so the homes can hire more personal support workers and nurses.
A long-term care staffing plan is to be released by the Ford Tories next month.