Joseph Kutz, a hand surgeon who helped perform the first hand transplant in the United States, has died at the age of 92. 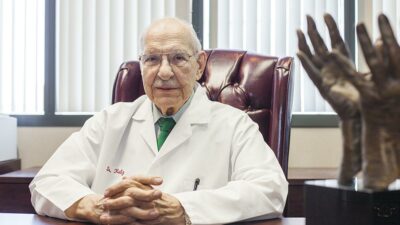 The Kleinert Kutz Hand Care Center said in a Facebook post that Kutz died Saturday.
Kutz co-founded that centre more than 50 years ago.
Courier Journal reports the Louisville surgeon performed the milestone transplant surgery in 1999, about 40 years after he first arrived at the centre as a surgical resident.
Kutz has been awarded the President’s Cabinet Award and the Ephraim McDowell Physician of the Year Award.
He has dozens of publications and his work has appeared in several textbooks.