The Trudeau Liberals have survived a confidence vote on the throne speech delivered last month, thanks to support from the New Democrats.
That support from NDP MPs was expected. So was the opposition from the Conservatives and the Bloc Quebecois MPs.
What the minority Liberals may not have expected is to have the throne speech opposed by the Green Party. 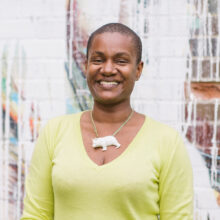 New leader Annamie Paul says there were some very good things in the Liberals’ agenda-setting speech last month.
But she says the Green Party won’t support it because it lacks a plan to protect those living in long-term care from COVID-19.
The new Green Party leader was among the topics with our Strategy Panel on Zoomer Radio’s Fight Back with Libby Znaimer.
Variety Village CEO Karen Stintz says that as a black woman and Jewish woman, Annamie Paul has broken down many barriers.
“I think it will re-energize the Green Party in such a fabulous way, and she’s so accomplished and so committed to the cause. I think it’s really a wonderful thing, not just for the Green Party, but for every party, because there are a lot of white guys up there, and it’s nice to see alongside the NDP leader (Jagmeet Singh) that we have more diversity,” Stintz offered.
Annamie Paul is now running in the Toronto Centre byelection which is set for October 26th.
Listen for Libby Znaimer’s conversation with the new Green Party leader Sunday October 11th after the noon news on the Zoomer Week in Review.