Even though the songs sound eerily similar, Led Zeppelin has won the court case over who wrote “Stairway to Heaven.” 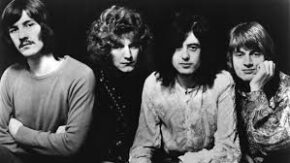 In 2014 the English band Led Zeppelin was sued by an American band called Spirit, claiming the opening riff to “Stairway to Heaven” was from Spirit’s song “Taurus.”
Led Zeppelin won the case in 2016, but it was revived on appeal in 2018. Earlier this year, an appeals court upheld the original verdict.  Since then the US Supreme Court has declined to hear the case, effectively ending it.
“Stairway To Heaven” regularly appears on lists of the greatest songs ever written and is estimated to have earned $3.5 million in royalties while the case worked its way through the court system.