A protest is planned in Montreal in honour of an Indigenous woman who was subjected to insults as she lay dying in hospital. 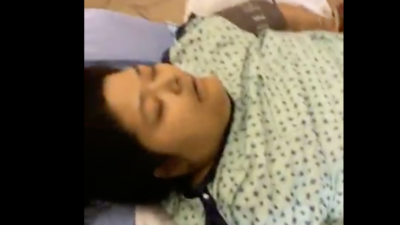 The Native Women’s Shelter is organizing the ‘Justice for Joyce’ rally to raise awareness of the mistreatment and systemic racism it says led to Joyce Echaquan’s death.
The 37-year-old mother of seven filmed herself from her hospital bed on Monday while she was in clear distress and pleading for help.
Two hospital staffers could be seen on the video entering the room and are heard insulting Echaquan, who had been admitted with stomach pain.
Her family plans to launch a series of legal actions, including a lawsuit against the hospital in Joliette, Quebec, as well as complaints to the province’s human rights commission and police.
Organizers of Saturday’s rally say physical distancing and masking will be mandatory for all participants.