An inscribed 1948 Selmer trumpet, used by jazz legend Louis Armstrong at the height of his fame in the early 1950s, Is going to auction the middle of October. 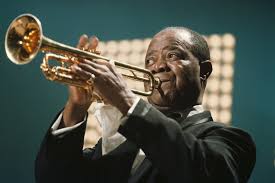 “Satchmo” (as he was known) blazed a path through mainstream American music transforming the hot jazz of his childhood in New Orleans into a thrilling new idiom that changed music forever.
It is likely the trumpet going to auction was used on “The California Concerts,” a live album recorded in 1951.  It’s expected to go for upwards of $80,000 at Christie’s Exceptional Sale in New York, October 14th.
Armstrong’s career spanned five decades and several different eras in the history of jazz.
He died in 1971 a few days shy of his 70th birthday.