Lawyers for the family of Regis Korchinski-Paquet say despite the conclusions of the SIU’s report, there are grounds to lay charges against the Toronto Police officers involved for failure to provide the necessaries of life in her death. 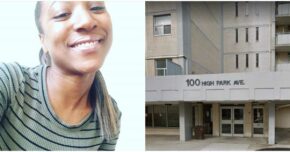 The 29 year old indigenous black woman died on May 27th after falling from a 24th floor balcony in the High Park area after police responded to multiple 911 calls from Korchinski-Paquet, along with her mother and brother, regarding a physical fight between the younger woman and her sibling.

Lawyer Knia Singh acknowledges that the report by Ontario’s police watchdog was thorough, but questions the legal analysis.

“As it turned out within seconds of scaling the railing and attempting to make her way over to the neighbouring balcony, Miss Korchinski-Paquet fell. That statement indicates that there is potential liability. The legal team and the family believe there was a duty of care from the moment the officers crossed that threshold into that apartment.”

The SIU’s director says otherwise. Joseph Martino insists the officers tried to de-escalate the situation and, while they were unsuccessful, none of them broke the law.