THE WHO LAUNCHES STREAMING SERIES FOR CANCER CHARITIES

The Who will put past concert performances on YouTube to raise money for cancer patients. 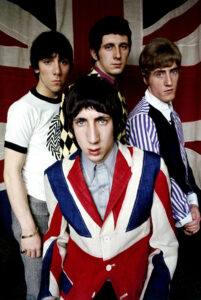 Singer Roger Daltrey has been a longtime supporter of the charities Teen Cancer Trust and Teen Cancer America.

Since Daltrey can’t do fundraising concerts, The Who will do a six-week YouTube series called “Join Together at Home.”

It will start with a featurette of rarely seen footage and mini videos, followed by previously unreleased Who concert footage.

It begins Saturday at 1:00 p-m Eastern Time with five tracks from The Who’s 1982 Shea Stadium show.

The stream is free, but viewers are encouraged to donate to the cancer charities.