He’s been a fixture on the Canadian acting scene for more than six-decades and still active at 90-years old. 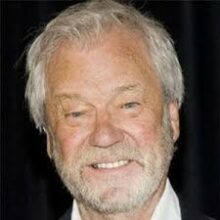 Over the years, Gordon Pinsent has played an MP, a Mountie and the husband of a woman suffering from early on-set Alzheimer’s in the 2006 Sarah Polley movie “Away from Her,”  which was based on a short story by Canada’s Alice Munro.

Pinsent was born in Grand Falls Newfoundland, before Newfoundland was a province. He left for the mainland in 1948; he poured cement, sold soap, insulated attics and did three years in the Canadian military.

After his discharge, he worked as a dance instructor and finally found work as an actor.