Can lit legend Margaret Atwood has joined the likes of Salmon Rushdie, JK Rowling and almost 150-authors in signing an open letter denouncing the restriction of debate. 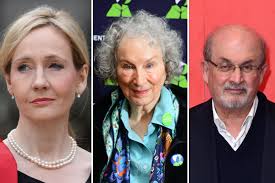 The letter references “a vogue for public shaming and ostracism” and “a blinding moral certainty” and says the the free exchange of information and ideas, the lifeblood of a liberal society, is daily becoming more constricted.”  The authors say that stifles open debate on the important issues of our time.

It also notes several signatories have been attacked for comments that caused offense, editors being fired for running controversial pieces, books being withdrawn for alleged in-authenthenticity and journalists barred from writing on certain topics.

It concludes, it is now all too common to hear calls for swift and severe retribution in response to perceived transgressions of speech and thought.