I WISH I HAD A DEFINITIVE DATE I COULD NAME: MAYOR TORY ON WHEN TORONTO WILL MOVE INTO STAGE 2

More regions of Ontario are moving into the second stage of the province’s COVID-19 economic reopening plan Friday (June 19th), including parts of the Greater Toronto Area.

York, Durham and Halton are among the regions allowed to further open their economies, while the City of Toronto, Peel Region and Windsor-Essex will remain in the first stage until at least next Friday.

Mayor John Tory said Friday morning, he has no inside information on when Toronto will move to stage 2.

“Well, I wish I had a definitive date I could name,” Tory told CP24, “It’s ultimately going to be the premier’s decision based on advice from the Ontario medical officer of health in consultation with the local medical officers of health.” 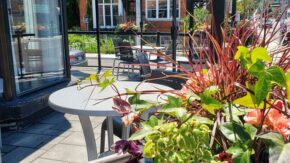 He says the province will re-evaluate the readiness for these areas with an announcement coming on Monday.

Meantime, parents can expect to learn details Friday afternoon for the resumption of in-person classes in Ontario’s public schools in September.

Education Minister Stephen Lecce is planning to make an announcement with the premier and the health minister at 1pm.

It was last month, the Ford PCs announced in-person classes would be cancelled for the remainder of this academic year due to COVID-19, but that schools would reopen in the fall.

Friday’s announcement comes after an advisory group at the Hospital for Sick Children released a series of recommendations on how to safely reopen schools.