She had the voice that provided so much comfort to British Troops during World War Two. 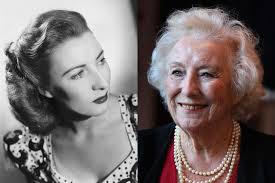 Dame Vera Lynn died this morning in England at the age of 103.

She started out as a dancer and singer in a touring music hall review. By age 16 she was fronting big bands.

After war broke out in 1939 she was voted the British serviceman’s favourite entertainer, earning the name the “Forces’ Sweetheart.”

Among her other accomplishments; at age 92, in 2009. she became the oldest living artist to top the British album charts.