He was a politician, psychiatrist, academic and public servant in Ontario and led the provincial liberal party from the mid 70s to the early 80s. 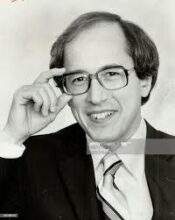 Stuart Smith has died after a two year struggle with dementia.

Smith first tried his hand in politics when he ran for the federal Liberal nomination in the Montreal riding of Mount Royal.  He withdrew his name to allow Pierre Trudeau to run – which Trudeau did – going on to become federal Liberal leader and Prime Minister.

After a stint as a psychiatry professor at McMaster University in Hamilton, Smith ran for provincial parliament at Queen’s Park and was elected in 1975.  He then succeeded Robert Nixon as Ontario Liberal Leader and in 1977 he became Opposition leader to the Bill Davis P.C. Government.