KEVIN BACON ASKS HIS GENERATION TO STOP, LISTEN WHEN IT COMES TO PROTESTS

61-year-old Kevin Bacon has been intently watching the Black Lives Matter protests in the U.S. and has one piece of advice for other people of his generation. 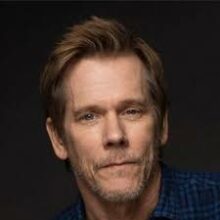 Bacon was a guest on “The Tonight Show Starring Jimmy Fallon” on Friday night made a plea to “old white guys” like himself to stop talking.

“For an old guy like me, I was born in 1958 and to witness the passion of the young people across the world for social justice–it leaves me speechless, which is probably a good idea,” Bacon told Fallon. “It’s a good time for old, white guys like me to just shut up and listen.”

The “Footloose” star says there’s not really much he can say because his demographic is not being victimized.