ATLANTA OFFICER FIRED AFTER FATAL SHOOTING OF A BLACK MAN

An Atlanta, Georgia police officer has been fired following the fatal shooting of a black man and a second officer was placed on administrative duty. 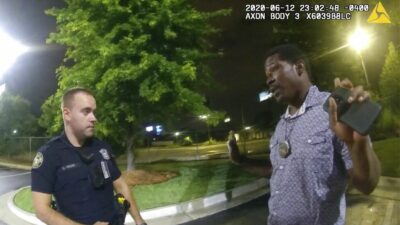 The move announced by police early Sunday comes on the heels of the resignation of Atlanta’s police chief following the killing of 27-year-old Rayshard Brooks.

The Georgia Bureau of Investigation say Brooks resisted arrest after he failed a field sobriety test and a struggle ensued over a Taser.