He build a worldwide audience for music rooted in West Africa. 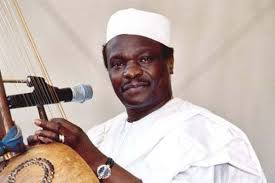 Mory Kante, singer and band leader from Guinea has died.  He fused African music with styles and instruments from Western pop.

Kante’s 1987 single “Ye Ke Ye Ke” was a hit, first in Africa and then across Europe, becoming the first African single to sell more than a million copies.

No cause of death was given.