With Ontario starting to reopen next week, we’re also expecting to hear an announcement from the government over expanding social gathering rules. 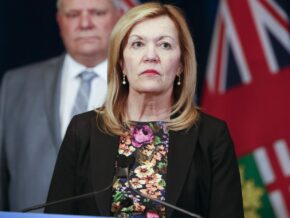 On Tuesday, businesses with street access will be allowed to reopen, as will veterinarian and dog grooming services.

Ontario’s latest daily COVID-19 numbers released this morning show 340 new cases of the virus in the province in the last 24 hours.

That’s down from the 391 cases reported in Saturday’s update.

23 people have also died in the last 24 hours. That’s down from the 33 deaths reported on Saturday.