A fifth outbreak of COVID-19 has been declared at Toronto Western Hospital. 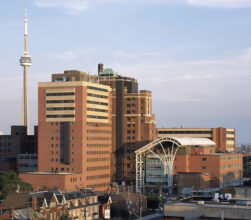 A statement from the University Health Network says five emergency room health care workers have tested positive for the virus, with the first case dating back to three weeks ago.

Dr. Erin O’Connor is deputy medical director for UHN’s emergency department and says Toronto Western’s ER is still a safe place for patients because of the stringent controls in place to protect them.

In a memo to staff Wednesday night, UHN says there is now mandatory testing for all emergency department staff at Toronto Western with employees who worked between April 20th and May 13th asked to go to a rapid swabbing clinic to determine their status.

The five ER cases include a mix of clinical and nonclinical staff, said Dr. Susy Hota, UHN’s medical director of infection prevention and control. But Hota would not specify their exact roles, citing privacy concerns.

The previous four outbreaks were in other parts of Toronto Western.