He is the fourth GTA personal support worker to die after contracting COVID-19 at work, and the fifth across the province.

A spokesperson for his union Unifor confirms 61 year old Leonard Rodriguez has died.

Rodriguez was an employee of Access Independent Living Services, which provides services for people with physical support needs.

Rodriguez worked at Access Apartments at York Square, near Keele and Eglinton in Toronto. 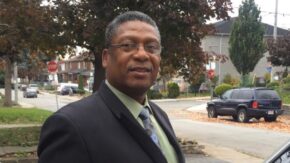 (Leonard Rodriquez, 61, who worked as a personal support worker in Toronto died of COVID-19 on May 6, 2020. Photo Credit: Unifor)

Five more residents of Camilla Care in Mississauga have died during a virus outbreak, bringing the total number of deaths to at least 48.

Orchard Villa in Pickering has recorded 3 more deaths, bringing the total there to 63.

That facility has seen 205 cases of the virus and 87 staff members became infected.

The first case at Orchard Villa has been traced to March 29th, but some employees say they didn’t learn of the outbreak until April 13th.