The man credited with helping form a German band that ushered in the era where music merged with technology has died. 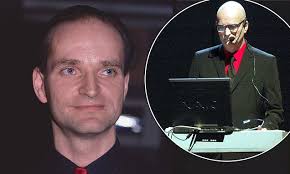 Kraftwerk co-founder Florian Schneider characterized the group as a “multimedia project” rather than simply a band.

Kraftwerk was founded in Düsseldorf in 1970 and emerged as part of the so-called “krautrock genre,” a German branch of experimental music that explored extended, repetitive rhythms.

Florian Schneider was 73. The cause was listed as cancer.