At least 10 taxi and limo drivers working out of Pearson International Airport have died since the beginning of the COVID-19 pandemic.

Airport Taxi Association President Rajinder Aujla, calls it very scary, adding he’s angry more had not been done to protect drivers working at the airport when people have been travelling from all over the world.

Of the ten who’ve died, three have passed away since Friday. 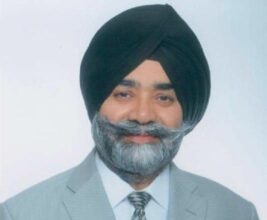 Those drivers include Karam Singh Punian, who ran twice for Mississauga city council.

His brother-in-law says 59 year old Punian first got sick at the end of March and isolated himself at home after testing positive for the virus, but his symptoms worsened and he was eventually put on a ventilator at Toronto General where he died.

What’s not certain is if all of the drivers picked up the virus on the job, but it appears likely.

“If precautionary measures had been taken on time, then this might not have happened,” said Aujla.