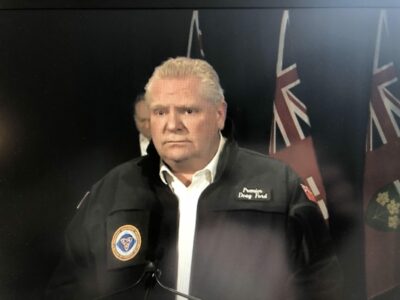 The provincial government announced Saturday a $4.00 per hour raise over the next four months for front-line workers who are helping fight COVID-19.

Workers will also receive a monthly bonus of $250 if they work more than 100 hours in a month over the next four months.

Ford announced the new measures while admonishing dozens of protesters who gathered outside the provincial legislature in defiance of emergency orders.

He said the actions of the protesters, estimated at about 100 people in size, could set healthcare workers back by months, and said many of those workers were at multiple hospitals just down the street from the protest site.