A long-time public servant, who was Canada’s ambassador to the United States during the Reagan administration, has died. 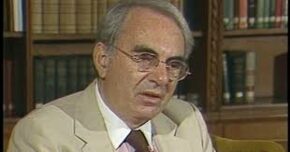 Allan Gotlieb died of cancer and Parkinson’s disease at his home in Toronto on the weekend.

Gotleib became the ambassador to the United States in 1981 and held the position throughout the Reagan administration.  One of the five books he authored was called “The Washington Diaries.”  It recounted his time in the U.S. capital.