NEED TO KNOW NEWS ON COVID-19 FOR MONDAY MARCH 23RD

He’s a former Canadian Olympian, a prominent spokesperson for ethics in sports, and longtime member of the International Olympic Committee.

Dick Pound stated Monday morning, because of COVID-19, the Tokyo Olympics will not go ahead this Summer. 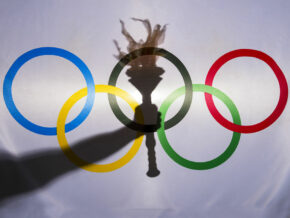 “That’s my view, and I think the fact that the IOC has gone to the Japanese and said we have to start talking about this because…this pandemic is as bad as the experts were predicting,” Pound told CP24.

It was announced Sunday night, Team Canada will not be at this summer’s Olympic or Paralympic Games in Tokyo because of the COVID-19 pandemic.

Members of both the Canadian Olympic and Canadian Parlalympic committees are calling on the International Olympic Committee to postpone the games until 2021, saying it is not safe for athletes or the public to go ahead with the Olympics this summer.

Japan’s prime minister Shinzo Abe says a postponement of the Tokyo Olympics will be unavoidable if the games cannot be held in a complete way because of COVID-19.

He is commenting on the International Olympic Committee’s plan to examine the situation over the next few weeks and make a decision, which could include a postponement.

There were 50 new COVID-19 cases in Ontario Sunday, raising the province’s total to 425. These include eight resolved cases and six deaths, including the first Toronto death, a man in his 70s.

The Ford PCs at Queen’s Park are giving hospitals across the province sweeping powers over staff temporarily, to respond to the new coronavirus pandemic.

Solicitor General Sylvia Jones says the province is taking decisive action to ensure we can continue to be responsive and nimble as the number of confirmed COVID 19 cases grows.

The declaration allows hospitals to override collective agreements. The order is valid for 14 days unless revoked or renewed.

Formerly East General Hospital, staff at Michael Garron Hospital is accepting donations of face masks and other protective gear in an effort to ward off a possible impending shortage.

The appeal comes a day after two Ontario medical associations raised concerns about the supply of N95 and surgical masks.

Both the Ontario Medical Association and the Registered Nurses Association of Ontario are calling on anyone with masks not currently being used to hand them over so they can be used by health workers.

In another development, all DriveTest centres are closed as of today amid COVID-19 concerns.

A statement from the Ministry of Health and Ministry of Transportation reads, “Ontarians can rest assured they will not lose their current driver’s licenses due to this decision and no driver’s licence applicants will lose test fees as a result of the closures.”

Labatt is converting some of its breweries to make hand sanitizer to assist in the response to fighting the spread of the virus.

Since the inception of Labatt’s Disaster Relief Program in 2012, this donation is the brewery’s twelfth activation.

There is more good news. Another grocery store chain has decided to boost pay for its frontline employees amid that COVID-19 outbreak.

Sobeys has announced employees will receive an additional $50 a week in recognition for their hard work during the crisis, along with a two dollar an hour wage increase.

Loblaws made a similar announcement over the weekend.

If you ride the GO Train, bus or UP Express, Metrolinx is set to remove the cash payment option starting Tuesday.

Spokesperson Anne Marie Aikens says this is a further effort to protect staff on the front lines.

Transat A.T. says it has temporarily laid off about 70 per cent of its workforce in Canada, some 3600 employees.

Some of these layoffs are effective immediately, while others will take effect following advance notice of up to one month.

The layoffs include all flight crew personnel.

The decision comes as non-essential travel around the world comes to a standstill as governments close borders in an effort to slow the COVID-19 pandemic.

The move by Transat A.T. comes after a similar decision at Air Canada last week to lay off 5000 flight attendants.