Syria’s official news agency says a fuel tanker has collided with two passenger buses and several other cars on a highway near the capital Damascus, killing 30 people. 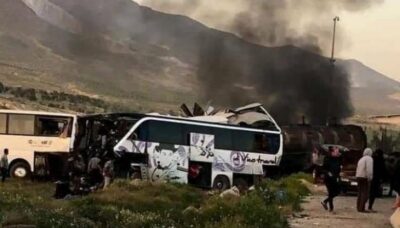 SANA said the accident occurred on the Damascus-Homs road in the Baghdad Bridge area Saturday, adding that a number of other people were injured.

No details were immediately available and it was not immediately clear what caused the accident.

The war-devastated country marks nine years of conflict next week.

It has ravaged the country’s economy and infrastructure.