IT MIGHT BE "MEDICATION FOG" NOT DEMENTIA AFFECTING SOME ELDERLY PEOPLE

Doctors are warning of “medication fog” which can mimic or worsen dementia in the elderly.

As an example, Claire Dinneen’s daughters thought that worsening dementia was causing her growing confusion, but her doctor suspected something else.

Dr. Pei Chen asked them to round up medicines in the 89-year-old woman’s home and they returned with a huge haul.

There were 28 drugs ordered by various doctors for various ailments.

Chen spent a year sorting out which ones were truly needed and trimmed a dozen.

To her daughters’ surprise, Dinneen got better, was able to remember more things and to offer advice on what to wear and how to raise their kids.

Chen figures her symptoms were from “medication fog,” not her dementia getting worse. 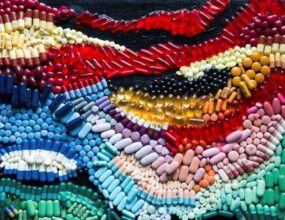 The American Geriatrics Society has a list of potentially inappropriate medicines for older adults that can mimic dementia or make symptoms worse.