A senior member of the main union that that represents opera performers in the U-S has resigned after alleging a coverup in the union’s investigation of sexual harassment allegations against superstar Placido Domingo. 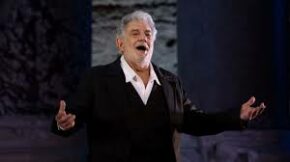 Baritone Samuel Schultz, claims the leadership of the American Guild of Musical Artists, had planned to keep a secret the settlement deal with the 79-year old opera legend.

So, Schultz blew whistle on the deal. It involved Domingo playing the union $500,00 and issuing a negotiated public apology in exchange for the full details not being disclosed.

The union has said that money would have covered the cost of its 4-month investigation, which involved hiring outside counsel, and funding sexual harassment training.

Schultz called it hush money that did a disservice to the women who stepped forward.

Union officials did not immediately respond to a request for comment.