A Wet’suwet’en hereditary chief and senior government ministers say they have reached a proposed arrangement in a pipeline dispute that has prompted solidarity protests across Canada in recent weeks. 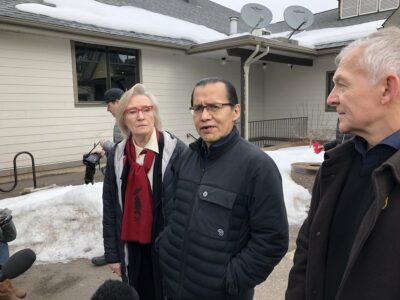 Fraser says that while the Coastal GasLink natural gas pipeline at the heart of the dispute is already approved and underway, the talks have helped develop a protocol to deal with such projects in the future.

Chief Woos, one of the Wet’suwet’en hereditary leaders, says the proposal represents an important milestone for everyone involved.

But he says the hereditary chiefs remain opposed to the pipeline in their traditional territory.

The dispute has spurred solidarity protests that have disrupted passenger and freight train service over the last three weeks. Police recently moved to dismantle some of the blockades.