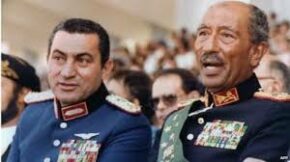 Mubarak took over from assassinated President Anwar Sadat 1881 and ruled Egypt for 30 years.

He was ousted following mass protests against his rule during the so called “Arab Spring” in 2011.

In March of 2017, Mubarak was acquitted by Egypt’s highest appeals court of conspiring to kill protesters. He’d earlier been sentenced to life in prison over the deaths of 239 people in protests against his rule.