The railway blockades across the country are expected to be the focus of debate on Parliament Hill today as members of parliament return to the House of Commons.

The New Democrats are asking Commons Speaker Anthony Rota for an emergency debate on the matter, which was sparked by Wet’suwet’en hereditary chiefs and their opposition to a natural-gas pipeline cutting through their traditional territory.

Prime Minister Justin Trudeau was in meetings through the weekend with members of his incident response group and said Sunday, they are looking for a quick peaceful solution to address the protests. 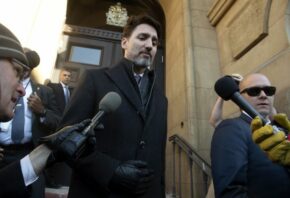 “We understand how worrisome this is for so many Canadians and difficult for many people and families across the country. We’re going to continue to focus on resolving the situation quickly and peacefully,” Trudeau told reporters.

Since RCMP officers moved in to enforce an injunction and keep the hereditary chiefs and their supporters away from the pipeline work sites, protests by Indigenous people and supporters have shut down the CN Rail network in eastern Canada, suspended VIA Rail passenger service at least through Wednesday, and temporarily blocked traffic on streets and bridges and at ports in multiple cities including here in Toronto.

A protest was also held on the streets of Toronto Sunday afternoon culminating in a rally at Queen’s Park.