The TTC admits it’s lost millions in revenue due to adults abusing free child Presto card–but has no immediate plan on how to fix it. 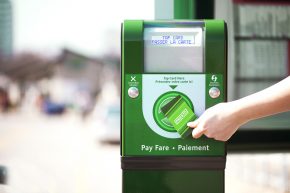 Staff made a presentation Tuesday at a meeting of the TTC audit committee.

In it, they say up to 90 percent of rides on the child Presto cards could be from misuse.

Abuse of the program translates into an estimate loss of 12.9 million dollars to the TTC.

They obtained the estimates by studying data on when those Presto cards were scanned at what they say are unlikely times of day and locations for it to be children.

TTC CEO Rick Leary says the abuse of those child Presto cards was concerning and says beefing up the presence of fare enforcement officers on streetcars and at subway stations will help curb the problem.