Your won’t be able to kick world renowned horror writer Stephen King on Facebook any more. 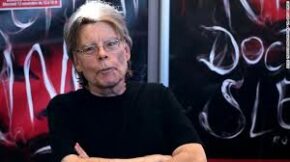 The 72-year old Maine-based, best selling, author has quit the social media platform. He say he’s no longer comfortable with the flood of false information that is allowed in Facebook’s political advertising, nor is he confident in the company’s ability to protect its users privacy.

Facebook currently lets advertisers target specific users with their ads, which critics say undermines political discourse by making it less likely that rival campaigns will see the ads and be able to offer rebuttal.

Last month Facebook announced it would neither ban political advertising nor enact any fail-safe measures to avoid those ads carrying false or misleading claims.