It may well be a while before Welsh baritone Bryn Terfel takes the opera stage again. 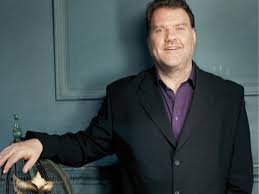 Terfel is recovering from a fall that broke his ankle in three places during a performance of “The Flying Dutchman” in Bilbao, Spain.

The 54 year old is scheduled for surgery this week.

He’s cancelled an appearance Sunday in Chicago and a recital in New York next week.  His appearance in the “The Flying Dutchman” in New York, which starts March 2nd, is uncertain.