The last surviving member of the original Kingston Trio has died at the age of 85. 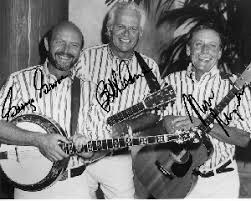 Bob Shane (centre) died over the weekend in in Phoenix, Arizona.  His long time agent confirming his death in a hospice facility.  The other members died in 1991 and 2008.

The Kingston Trio spearheaded a commercially successful folk revival in the late 1950s and early 60s with Shane singing lead most of the time.  Their biggest his including “The MTA” and “Hang Down Your Head Tom Dooly.”