LARRY JOINS FERGIE IN THE HALL OF FAME

The pride of Maple Ridge, British Columbia has become just the second Canadian to be voted into the Major League Baseball Hall of Fame. 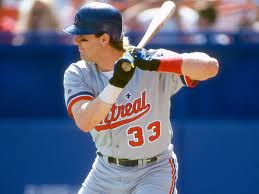 Larry Walker, a fearsome hitter and fleet outfielder who played for the Montreal Expos, Colorado Rockies and St. Louis Cardinals over a 17 year career, was elected in his 10th and final year on the ballot.

Walker was a five-time all-star and a seven-time Gold Glover who led Major League Baseball in batting average for three seasons.