A sharp rise is being reported in the number of people infected with a new coronavirus. 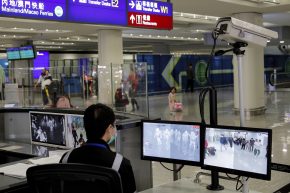 The outbreak coincides with the country’s busiest travel period, as millions board trains and planes for the Lunar New Year holidays.

Health experts in the central city of Wuhan, where the pneumonia appears to have originated, have confirmed more cases that raise the total to more than 200. And a third patient has died.

Thailand and Japan have identified three cases among people who recently travelled from China. South Korea reported its first case, a woman who arrived in Seoul from Wuhan and is now hospitalized.

The United States has joined a growing list of countries screening air travellers from China for the new virus, but Canada is so far not taking the same step.