'FRASIER" IS COMING TO TORONTO

The actor who found fame playing Frasier Crane on TV’s “Cheers” and “Frasier” is scheduled to make his Canadian stage debut in Toronto in March. 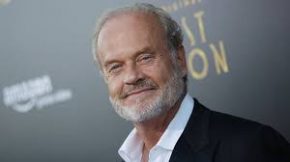 Mirvish Productions has announced that Kelsey Grammar will appear in the North American premiere of “The Boy Friend” at the Princess of Wales Theatre this spring.

The 64 year old plays Lord Brockhurst, the father to the love interest of the main character Polly, in the musical that follows the pursuit of love in a finishing school for young women in the south of France.

It opens in Toronto March 29th and runs through May 3rd after a stop in London, England.