Theatrical legend Stephen Sondheim has been sidelined after suffering a fall. 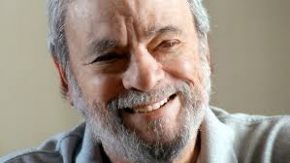 The 89 year old, who among other things, wrote the lyrics for “West Side Story,” suffered a fall that left him unable to attend the opening of his namesake theatre in London’s west end.

The newly refurbished “Sondheim Theatre” was to open January 14th, but the event has been postponed indefinitely.

The composer fell several days ago at his Connecticut home, tearing a ligament. In a statement, Sondheim said he’s impatient to throw away his cane, grab his hat and head across the pond as soon as possible.

Sondheim penned the lyrics for “West Side Story” when he was just 26. This year, the show is being revived both on Broadway and on film.