MUCH AT STAKE AS U.S. SENATE RETURNS

Senators will be back on Capitol Hill to kick off the U.S. nation’s business in a year that will be anything but ordinary. 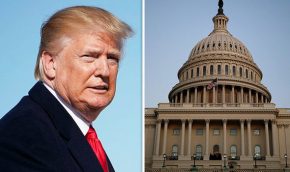 2020 is, of course, an election year south of the border with Democratic candidates readying for next month’s start of the primary season. The Iowa caucus is the first test for the challengers.

There’s also the small matter of the impeachment of President Donald Trump. The House of Representatives voted to impeach Trump on two charges last month.

But speaker Nancy Pelosi hasn’t delivered the charges to the Senate yet saying she would wait to see the structure of a trial before making that move.

Many GOP Senators have said they won’t be unbiased jurors in any trial. Senate Majority leader Mitch McConnell says he’s working with White House lawyers on the case.

Until he receives the charges from Pelosi, McConnell says it will be business as usual in the Senate.