CEOS PAID RECORD AMOUNTS COMPARED TO EMPLOYEES WHO WORK FOR THEM

By the time this article gets posted online, 100 of Canada’s top-paid CEOs will have already earned what most Canadians make in a year. 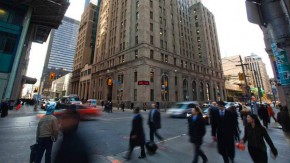 The Canadian Centre for Policy Alternatives says it only takes until 10:09am on January 2nd for top CEOs at publicly traded companies to make what the average Canadian worker makes in a year.

The centre says they made 227 times the amount average workers made in 2018.

The CCPA report also found that, of those CEOs making the most, 79% of their money comes from bonuses and stock options–even in times when a company isn’t turning a profit.