Toronto is saying goodbye to its 40-year-old streetcars on Sunday as the city’s transit commission retires the last of the historic vehicles in favour of a newer iteration. 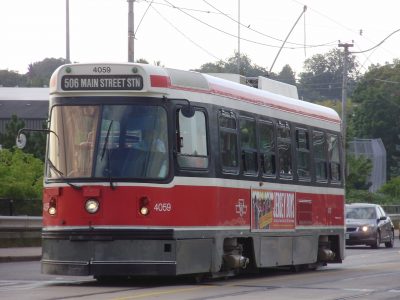 The commission has been phasing out the and replacing them with more accessible, low-floor streetcars that were first introduced in 2014.

The last of the red CLRVs will make its final trip along Queen Street on Sunday afternoon, carrying 20 contest winners and their guests.

The vehicles first hit Toronto’s streets in 1979, followed in 1988 by the longer Articulated Light Rail Vehicles.

The last of the ALRVs, which were nearly twice as long as their predecessor, was retired in September.

The CLRVs were the third iteration of streetcar since the Toronto Transit Commission was established in 1921, though the agency notes that there were horse-drawn streetcars in the city dating back to 1861.