Lee Mendelson, the producer who brought “A Charlie Brown Christmas” to television in 1965 and wrote the lyrics to its signature song, “Christmas Time Is Here,” died on Christmas day at the age of 86. 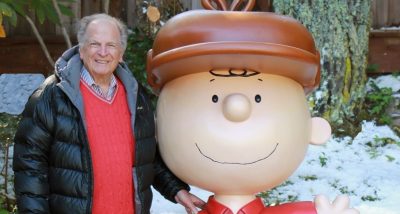 His son Jason told the Associated Press his father died at his home in Hillsborough, California, of congestive heart failure after battling lung cancer.

Mendelson headed a team that included “Peanuts” author Charles Schulz, director Bill Melendez, and pianist and composer Vince Guaraldi, whose music for the show, including the opening “Christmas Time Is Here,” has become as much a Christmas staple as the show itself.

The show won an Emmy and a Peabody Award and has aired on TV annually ever since.

During his long career Mendelson won a dozen Emmys for various projects.