CANADIAN FIREFIGHTERS BATTLING BLAZES DOWN UNDER

The Canadian Interagency Forest Fire Centre reports more than 50 Canadians are in Australia to help fight devastating wildfires and says more are expected to leave before the end of the month. 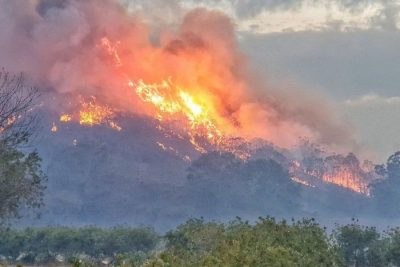 The 30 personnel who left on Thursday will be based in New South Wales, where strong southerly winds fanned more than 100 fires yesterday.

Australian Prime Minister Scott Morrison cut short a Hawaiian vacation after he was widely criticized for leaving the country during the fire crisis.