MORE TROUBLE FOR THE BOEING 737 MAX

The delays continue to pile up for the grounded Boeing 737 Max plane. 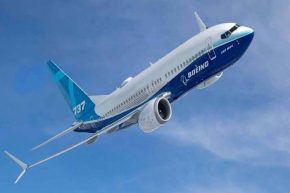 United had become the latest airline to push back the planned return for the maligned jet that’s been grounded worldwide since the second of two high profile crashes investigators say was caused by a software problem.

They now don’t plan on having the plane that was meant to be a workhorse for the industry when it was first introduced in 2016 until June. Airlines around the world have been pushing back planned returns time and again.

Boeing is also halting construction on the jet next month as it faces a growing number of regulatory hurdles to clear before it’s certified safe to return to the skies.

Eighteen Canadians were among the dead in the crash in Ethiopia in March.